Windows 8.1 and Its Updated Features 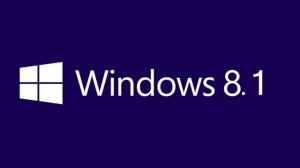 In the year of 2012 Microsoft had come with Windows 8 touch screen facility with an aim to change the entire process of computing. But, it failed to meet the expectation of large number of users. So, just after one year of launching Windows 8, Microsoft had come up with Windows 8.1 which is the advanced and updated version of Windows 8. In its latest version Microsoft tried to provide a solution of all the defects that are pointed out in Windows 8. Along with most of the features of Windows 8, this latest version has come up with some additional features that were missing in its previous version. Following are some of the new features added in Microsoft in its latest version Windows 8.1. 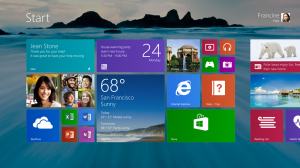 The 3D Printing facility of Windows 8.1 has overcome the lacking of direct print in 3D printers from its charms bar

In Windows 8.1 the start screen has been provided with some new functionality like All Apps View and small and enlarge size for Titles with different colors for Desktop Short Keys. The User Color Customization option was also added in the latest version.

Snapping system has been improved in the Windows 8.1. Microsoft has given the facility to display 4 applications in a single window but it depends on the size of the application. Users can snap the particular application on half of the monitor screen.

In Windows 8.1 Microsoft has improved the search engine. Now, users can search apps with their device while in the earlier version it used to display only the applications.

Streaming in this latest version the user can enjoy the facility of MIracast where an user can directly stream to the nearest Miracast enabled TV.

With this new version users can now excess the fantastic facility of cloud storage. Here users can easily store their data in cloud storage and can also easily transfer files to other online users.

Microsoft has come up with Desktop Display Scaling facility where users have the flexibility to boost up the efficiency on large and small screen. Moreover, users will get File Explorer facility in “This PC” option which is a replacement of “Computer” with additional features coming in the right click start up menu. · Booting on the Start Screen Windows 8.1 allows its users to boot from the Start Screen. Apart from this, it gives its users the flexibility to keep the same picture in the desktop as well as in the start screen

Users will experience the flexibility to do the necessary configuration with absolute ease. Control Panel and other necessary settings are easier to do in comparison to the earlier version of Windows 8.

Users who were using the earlier version of Windows 8 will get a benefit of having free updates in their Windows 8.1

Another striking feature of Windows 8.1 is its One Drive. One drive is the ultimate answer if compared with Google Drive or Cloud Storage Provider. If the user is connected to Windows 8.1, One Drive can be used just like any other USB drive.

As a result of having all the above mentioned advanced functionality, Windows 8.1 has not only overcome the criticism of the users but has come up with some awesome functionality for its windows 8 users. Windows 8.1 has successfully addressed all the drawbacks pointed out in Windows 8 and till date windows 8.1 is reported to get all the positive reviews from its satisfied users. Users are given more flexibility in this version and customization of various applications has become very easy now. Hence, it can be said that Windows 8.1 has successfully stood up to the customer’s expectation.

Pokemon Go: Extraordinary Popular Delusions and the Madness Of Crowds

Finding the Right Antivirus Program for Your Computer

Educational software License for students and teachers from…