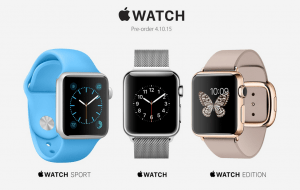 Apple got the wearable computer market all wrong. So did Google, though. Both companies are marketing these things as something that is going to change our lives. Wearable computers won’t though. They aren’t going to revolutionize anything, as much as Apple might be able to make them thinner and lighter and Google can make them more unique. Wearables won’t change a thing.

Here’s the problem, wearables smart watches don’t have the surface area to have a useful interface. If the interface isn’t diverse and unique, the device can’t interact with the person. If a wearable device is trying to be multi-active, then it will fail.

That’s where Fitbit and Pebble build their device properly. They are both extensions. They have focused, simple objectives that work well. The Pebble delivers notifications from the phone. It acts as a second screen in a matter of convenience. The Pebble has almost no input, only output. It works really well. It also has a very long battery life. Best of all, It’s also cheap.

The Fitbit is full of sensors. It goes places and does things that smartphone can’t do. The Fitbit can stay on someone while they sleep or in the shower. It can collect data that the smartphone can’t. It also holds a charge for a long time, making it a habitual device and not an active thought device.

Desktop computers went through this weird stage where they went through a client-server model until they got personal. Wearable computers are happening in reverse. Google and Apple are trying their best to make the wearable device be independent. They can’t be, though. We really need to move these things back to the old fashioned PC client-server model. The wearable computer needs to be an extension device and not a primary device.

Apple might make a smart watch fashionable. Pebble might have pioneered the idea of wearable. Google might force manufacturers to think outside of the box. These won’t be the companies that make the wearable computer market, though. Fitbit has the best fighting chance, but chances are they will eventually go down with the ship. The company that wins the wearable market will be the one that understand that wearables are an extension, and nothing more, and starts designing them around us humans.