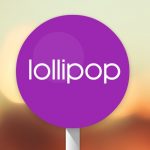 Google’s new Android version is finally available to customers. Android 5.0 Lollipop continues Google’s candy naming tradition. Something about this edition seems to coincide with the new, bold design used by the company for this revamped software. Lollipop is animation-rich, aesthetically appealing and playful. The company is considering the design alive and fresh. With the internal logic, both new and existing Android users can easily get accustomed to the new surroundings.

According to industry experts, Android 5.0 has an exceptional design. In fact, some people think that design is the most important feature of the new edition. Google has been dedicated and committed to strong material design principles to create a new interface. It takes cues from some real world materials, and makes sure the user has access to UI elements sliding over each other, animation in minimal and maximized states, casting shadows and more.

The final effect of the design seems like going through a unique art book. In the first look, the design seems complex. However, it’s instantly understood by even new Android users. The bold, flat colors are covered in elegant, simple typefaces. There’s no doubt that the visual design of the new Android version is a treat.

After using Lollipop, if you go back to the older version of the software on another device, you will be annoyed by the entire experience. Even Android 4.4.4 will feel like you’ve gone to another era of computing. Google decided to make interfaces more lightweight, such as the notification tray. You can also notice some gaps between light colored buttons, panels and other elements. This makes your experience more delightful.

Google has also tried to improve the interaction with hardware on Lollipop. When you’re using Android 5.0 Lollipop, you won’t feel like using an early version of Windows with GUI menus on top of basic DOS environments. With Lollipop, you will completely forget about the underlying code. You will just have to focus on what you see on the screen.

It’s worth mentioning that Android 5.0 Lollipop is not just about basic surface changes. This new software comes with a lot of exceptional features. Most features represent major changes in how you can interact with the operating system. The biggest change that occurs is the automatic encryption. It takes hold of the device as soon as you upgrade to the new version.

All the data on your device will be encrypted by default. This encryption will be integrated with your user security code when you set one up. Thus, if your device is stolen or gets lose, your data will be protected even if the lock-screen code is bypassed. This is an excellent feature. However, you won’t reap any benefits from this feature until you lose the device.

Android 5.0 Lollipop comes with another security feature. This one is useful on a daily basis. With the new Smart Lock, you can assign some trusted devices to allow your Lollipop device to unlock automatically whenever actively paired with them. This makes the experience more convenient, and offers good security when compared to not using a passcode.

The new keyboard design in Android Lollipop has also been refreshed with the notification tray and app drawer. The revamped version adopts darker text on white background. You won’t notice any visual markets separating the keys. This mimics a standard printed page more effectively. According to Google, it’s one of the primary themes of the material design. It also provides you with more convenience to type on a large screen.

The new Calendar and Gmail apps provide better handling and convenience. The Gmail app looks quite similar to the company’s new Inbox mail client. The portrait and landscape views on your device will provide you with ample space to see a good amount of information at once, including a simplistic left hand menu bar, which can be easily minimized with icons for navigation.

There’s no doubt that Android 5.0 Lollipop has focused on a major change in design and tone for Google’s operating system. From PC-like, heavy-handed interfaces, the operating system now feels airy and light. For a while, Google had been hinting of these changes on the Android Lollipop. However, no one expected them to work so well. When you see everything come together so beautifully, you will be delighted to use the new Android version on your device.