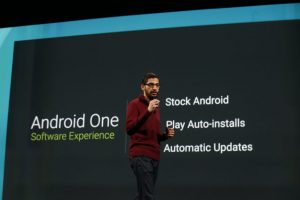 Android is one of the most widely used operating systems for smartphones in the world. Since Google started rolling Android, companies have been able to introduce numerous budget phones in the market. This has allowed people on tight budgets to buy smartphones without experiencing any problems. Google has come up with many different version of Android. Recently google launched standards for android OS which google named as AndroidOne.

Whats is Android One

Android one is the name given to the Standards set for android software. Smartphones running android one will have to run the stock android which is the unmodified version of the Google android. Normally smartphone manufacturers modify android to give a different experience to their users. But with android one manufacturer have to use the android which is very close to its original stock android. All security updates will be handled by the Google itself. Google also made the reference hardware model, So manufacturers just have to manufacture the phone.

With the Android One, Google is taking a very important to step to cement its dominance over the world. It’s aiming to offer more at a lesser price. The project was announced at Google’s I/O conference held in June. According to the company, this project is a way for Google to guide handset manufacturers in developing more affordable smartphones, and bringing them to emerging markets.

The initiative has been designed to reduce a high price tag of some Android smartphones, and giving some budget conscious consumers a good chance to try these devices. It also aims to deliver a consistent Android experience to make sure consumers are able to use a wide range of Google services easily and efficiently.

It’s important to understand that Android One is Google’s attempt to focus on markets that have the potential for future user growth. Google is planning to release Google Android One in countries where it’s not the only company looking to achieve results. Android One will be first rolled out in India, followed by the Philippines, Indonesia and South Asia.

What Does Google Plan To Achieve?

It’s worth mentioning that smartphones designed under the Android One initiative will also run Stock Android. This is an unmodified version of the software. It will come without the user interface and technical flourishes that most most manufacturers, such as HTC and Samsung, add to make their devices stand apart from the competition. Recently, the company came up with its new version of Android. This was called KitKat, and ran on low cost hardware.

According to Google, the primary objective of the Android One is to get more people online. In addition to this, it aims to ensure that when every person gets online and taps into the vast information base, it should be feasible with everyone’s preferences and interests without hurting the budget.

The initiative aims to address a wide range of problems. Besides the cost of components and hardware, Android One aims to focus on out of date software. In some countries, most mobile data plans are prepaid. Therefore, many users don’t update their operating systems and applications. The auto feature can eat through the data place, and increase charges.

In such situations, most people just disable the new features, and carry on with the old software. Moreover, since most users end up spending about 40-50% of their mobile data plans on updates they don’t know anything about, they tend to ignore such updates in future. Turning them off seems a better choice.

As mentioned earlier, Android One phones will run on Stock Android. With the unmodified version of the software, users will have a better understanding of updates. The mobile network carrier will also allow customers to download new Android updates for free. These updates will be available free of charge for just 6 months.

In addition to this, the company is also offering 200MB worth of applications free of charge. This won’t count against the user’s data intake. This comes as a major relief for budget customers who don’t want to exhaust their data plans early into the month.

Google believes that more than 1.75 billion people in the world will be using smartphones by the end of year. Among people who already own smartphones, Google has taken a significant lead. According to the company, it already has over 1 billion active users. It’s devices make up more than 80% of the market share. Apple iOS, which is available for iPads and iPhones, accounts for just 17%.

With the Android One, Google wants to ensure that most of the population in the world buys an Android device. With this initiative, Google is primarily focusing on the developing world. According to the company, it will be able to get the next 1 billion people on these devices.

Recently, Google improved its own goal, and suggested that the Android One initiative was focusing on 5 billion people around the world. With Google releasing the Android One around the same time as two new iPhones, it will be interesting to see which company wins the race, for now. 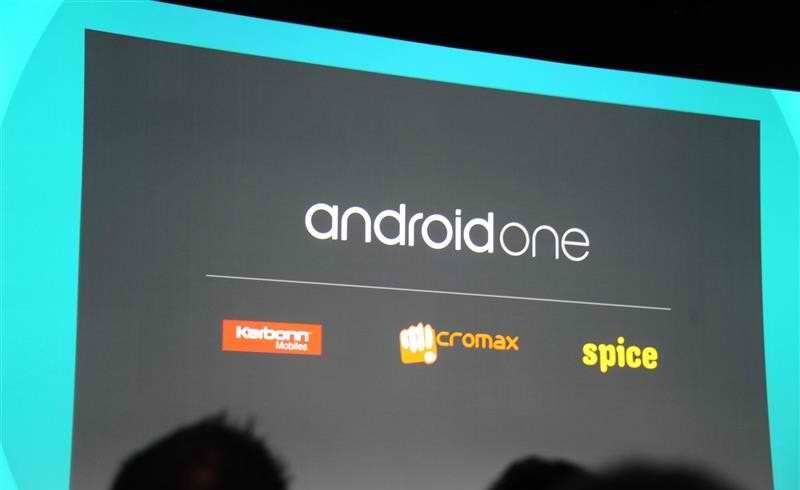 The first family members of its AndroidOne super powered smartphones are:

Google’s Sunder Pichai said that AndroidOne is specially made for Indians.