Extraordinary Popular Delusions and the Madness Of Crowds by Charles Mckay is probably the best way to explain this app. I’m not suggesting that Pokemon Go is nothing but a crazy app fueled by nostalgia, but its recent popularity is similar to the psychology of mobs. There isn’t much new Pokemon Go is doing but since its nostalgia factor is crazy it gives fans a good reason to play. Even though this app is supposedly made for kids, this doesn’t stop the million of adults that grew up watching Pokemon from reliving their childhood through a smartphone app.

Now, all of these facts about nostalgia and the only reason this game has even gain its status in a short period of time is due to grown men reliving their childhood dream, doesn’t mean this is a bad app. This app is extremely well made and addictive and once you get into it you won’t be able to put it down. Nowadays everybody seems to be walking down the street with their heads down playing this game.

And in my personal experience every major landmark in my town is polluted by these Pokemon goers. You currently can’t go to any part of my town without seeing these Pokegoers traveling around. Even if this is a fad, it’s completely rare for any type of fad to grow this quickly and be this popular. this is a once every 10 year fad that caught everyone by surprise.

Pokemon go is not officially launched in many countries. So where it has not been launched till now they are downloading its apk file from other sources. We suggest to download from other sources very carefully as Pokemon malware is increasing drastically due to is popularity.

Even who are downloading from the app store they also have to be careful. Because there are many other fake developers released the same looking game. Always make sure that Niantic is the developer of the game. Click on the below link to download the Pokemon Go. 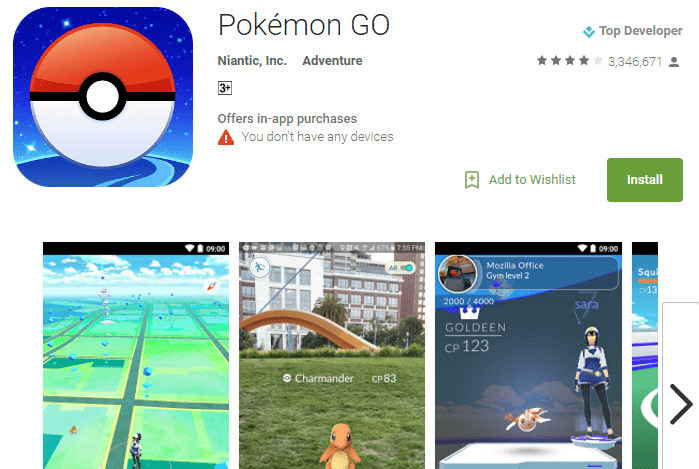 How to Play Pokemon

GoPokemon Go is an app developed by Nintendo that uses your phone’s map software to litter your world with different Pokemon based on famous landmarks. Playing this game is simple, just go outside and you will be a part of a vast community of other people playing this game. You can spot who is playing if they’re looking down at their phone and walking. These group of people are found at gyms.

These “gyms” can be found at historic landmarks. And once you join this gym you can join one of the three teams: Mystic, Valor, and Instinct. And you can then defend these gyms by leaving Pokemon to fight off anyone that come across. Then, you are taken to the repetitive and quite boring battle system where you just dodge and attack. You can switch various Pokemon mid battle but that doesn’t take away the fact that you just tap the damn screen. Luckily you rarely battle, you will spend most of your time walking around various areas to find Pokemon to add to your collection.

These Pokemon are located at various locations based on the geography of said location. Like “water Pokemon” are going to be located in the sea, ocean, or rivers. And grass Pokemon will be located at areas with a lot of trees around. Even though this is true, most Pokemeons are just randomly scattered throughout the world. You will then be able to catch these Pokemon with Pokeballs ,

Each Pokemon is either easy or hard to catch depending on which Pokeball you use. When trying to catch a Pokemon, you will be prompted to a small mini-game where you will have to flick the Pokeball to the said Pokemon. Depending on the Pokemon level, it will either be an easy catch or an extremely tough one. These experiences can be great , but the constant crashing of the game can make this moment frustrating.

What to do after catching Pokemon

Once these Pokemon are caught, you will be able to evolve them by either feeding them candy or you can catch many of the same Pokemon. When your Pokemon evolve they will become stronger and more hard to defeat. You can also join a gym inside this Pokemon Go universe, but this feature isn’t anything more but a PvP mode. And once you enter some other group “gym” you will be taken to battle. Battling is nothing more then dodging and spam attack, there is strategy depending on the “type” of Pokemon you’re battling: fire, lighting, and etc.. Due to these facts you might get the idea that this game is a complex entity, but it’s not.

This game has racked in 1.4 million on its first day along. Like stated before, this game uses your phone map software to gather the location of different Pokemon. Collecting Pokemon would seem easy but this game has a major problem, it currently crashes on every system way to often. This can get in the way when you are catching a Pokemon and the game decides to randomly freeze and you miss out on your catch. There isn’t any way to avoid the game from crashing and hopefully the Nintendo team fixes this soon. 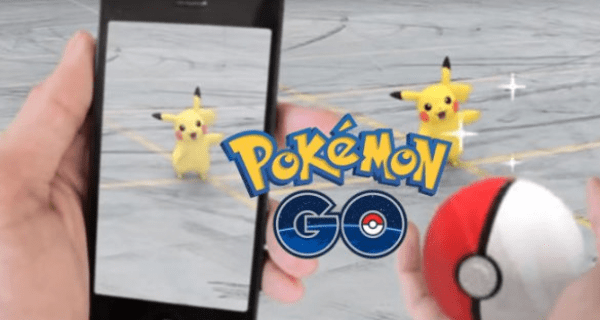 Pokemon Go is still a new app and it still have time to fix its bugs. But the replay value is also being questioned, with the holy question how many people are willing to constantly leave the house to play this game on a day to day basis. This question is going to answer itself within the next 4 months but no doubt this app gathered an amazing following within just 4 days. The cult following of the Pokemon series has really shined through this app and it’s an amazing experience to be a part of.

Actually I can foresee this game getting boring extremely fast, it’s pretty shallow as a whole and I think most people are playing this game to fit in: not because of addiction. Which isn’t bad for Nintendo, because this means they can cash in on the followers that fake their nostalgia.

Pokemon is an amazing trip down memory lane for many. This game fulfill the childhood wishes of many and for many it was a long time coming. It can help you get your exercise and help you socialize with many other people using the app. It’s easy to get into and hard to put down; the overall community of Pokemon is large and you can meet some amazing people playing this game. Android version experiences less crashes and stutters then its iPhone counterpart.

There are no other differences between these two platforms.

Pokemon Go without the Pokemon name wouldn’t be much special. The hype along is the reason most people are avid users of this game. It boasts many problems with constant crashing and the app randomly powering off. It hasn’t yet been noticed ,but the replay problem will soon be a problem. There isn’t much to do. Even though catching Pokemon can be addictive, you will soon notice that there aren’t any real differences between the higher level Pokemon and the lower level Pokemon. There are several complaints on the Android version of Pokemon randomly deleting itself ,and the app taking to much space on their harddrive.

Pokemon Go seems to have a problem connecting to Apple Maps. And the iPhone version crashes more often than the Android version.

Should you go into Pokemon?

Joining the wave and meeting new extraordinary people through this app makes me say yes. But the many problems this app boasts makes me say no. Depending on your faith and passion for the Pokemon universe, this game can either be a must get or a pass.